Wellhill has been a hive of activity all day. First thing this morning Becca started the excavation of a small pit that looked choc-a-block full of charcoal. Once scrape later and we found out it was also full of Grooved Ware! This sort of pottery is associated with the late Neolithic (c. 4000 years ago) so we now think we have a series of late Neolithic features as well as some evidence for early Bronze Age activity.

Right on cue the students started finding sherds of Bronze Age pottery from the upper fills of the large circular pits. These respect the ardmarks we have interpreted as being part of a Bronze Age field system. The ardmarks also cut some of the features which we now think are likely to be late Neolithic.

We found more pottery today than we have over the whole of many of the previous seasons, hopefully lots more to follow as we get stuck into the features over the next couple of weeks. Thanks to all the students who have put in a load of hard work this week and particularly to Becca who found loads of pottery but more importantly brought us cake. No digging tomorrow as we are all having a well deserved rest after a week of exciting discoveries. 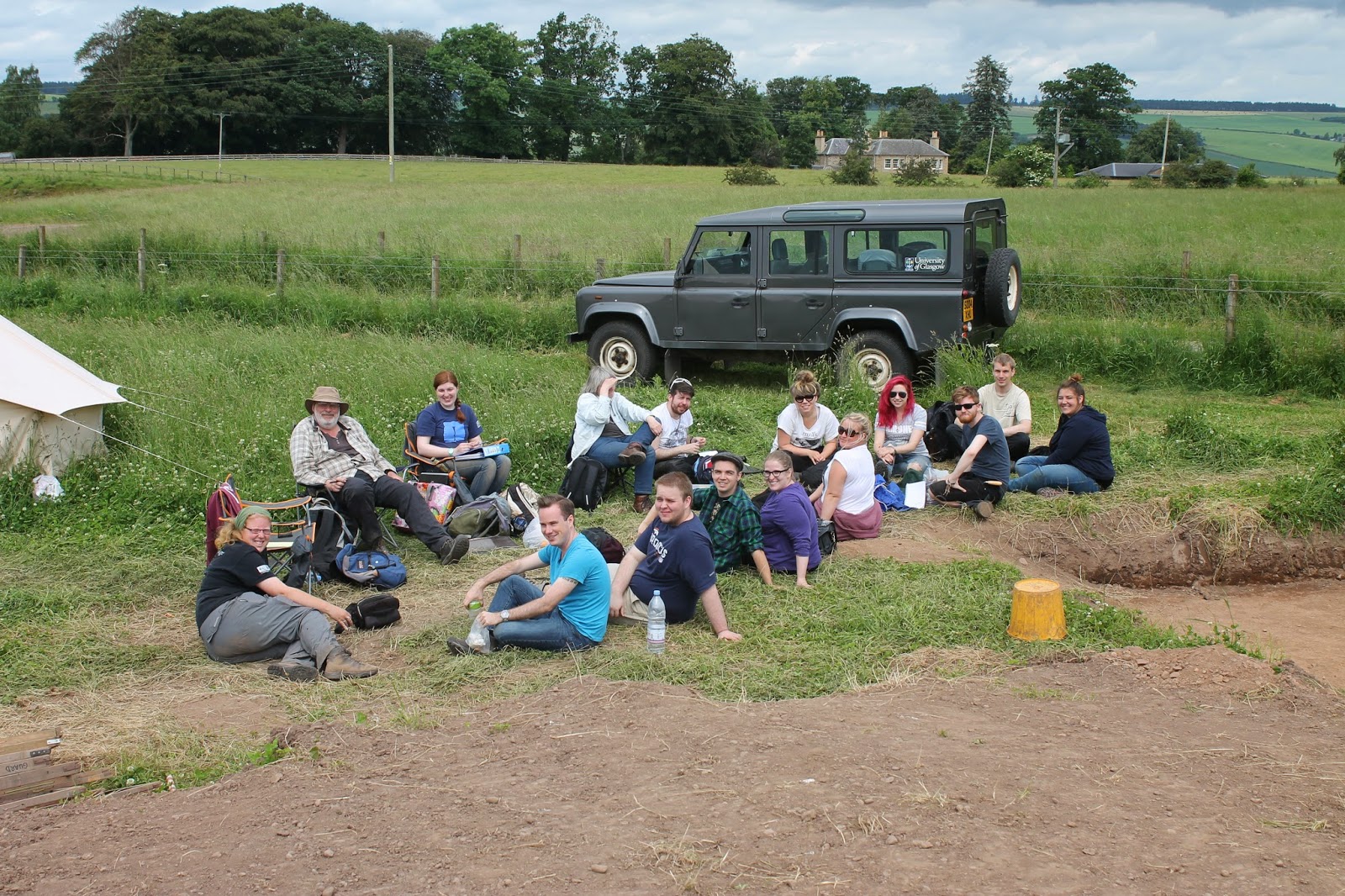 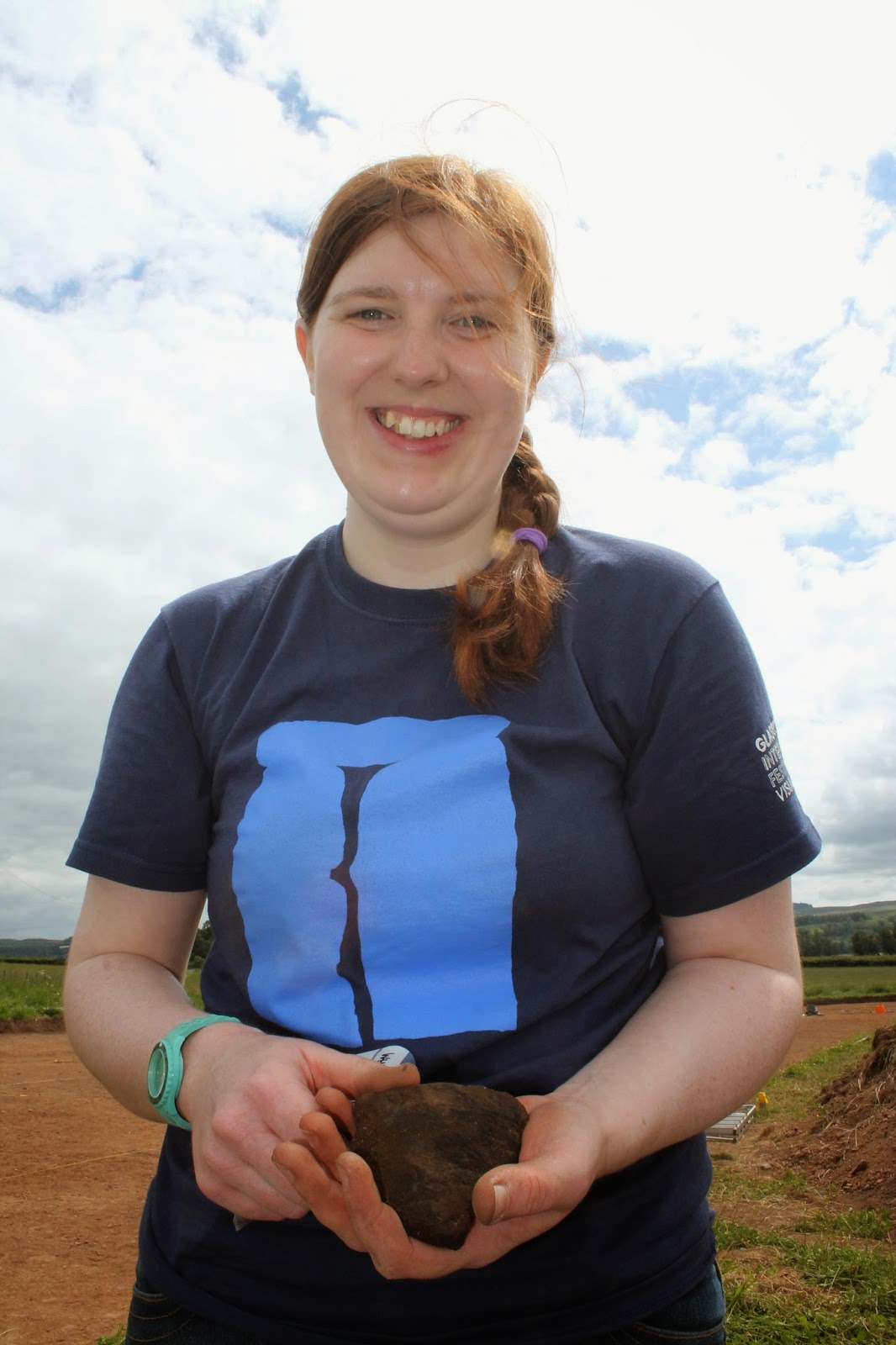 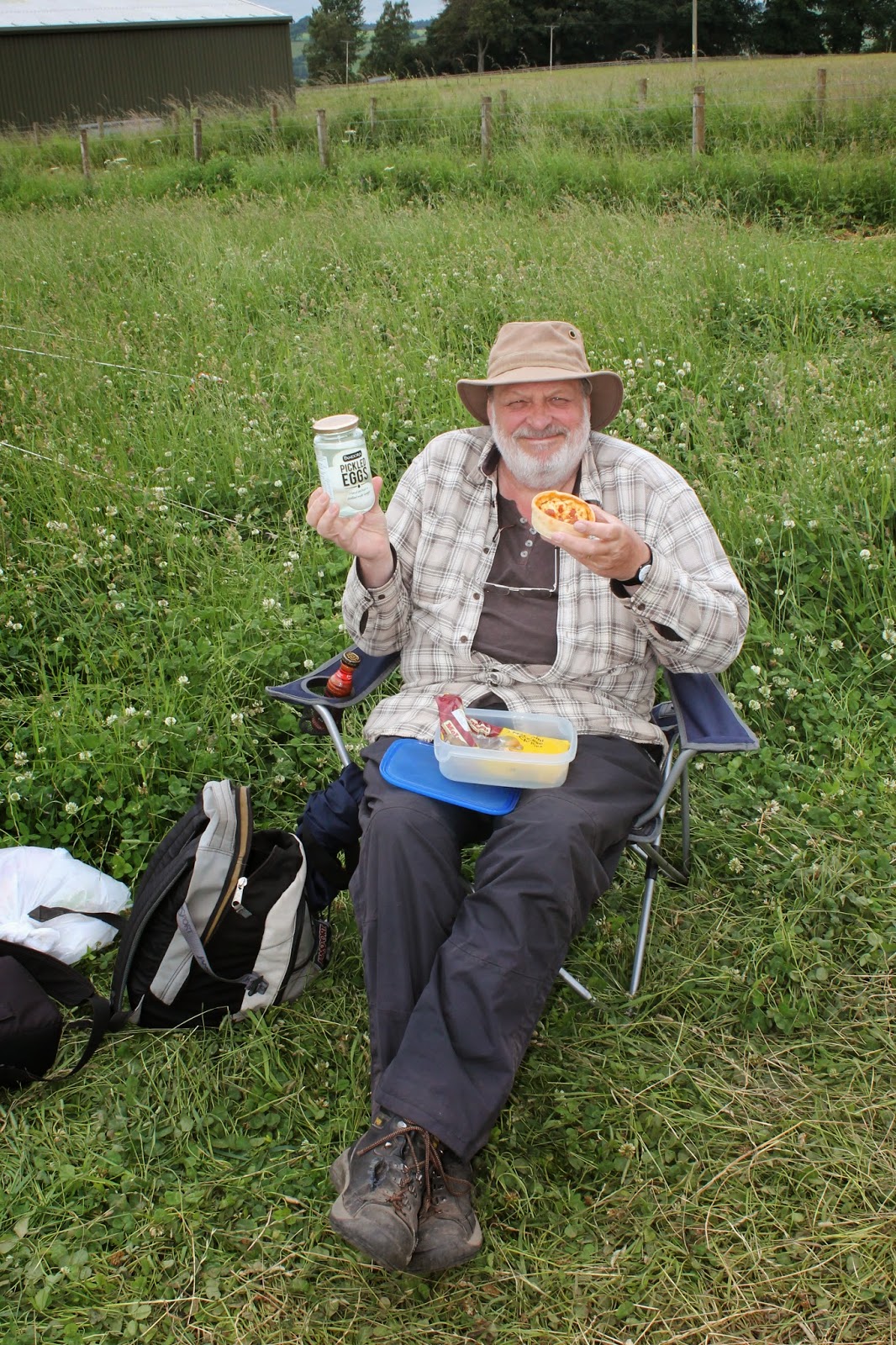 Has anyone seen this man? He was last seen eating a jar of pickled eggs and a macaroni cheese pie with lashings of hot sauce.............

Work continues at Wellhill. We have been planning for the last two days, mapping out the features in the trench which is not as straightforward as it could be due to some dry weather. Here is what the trench looks like most of the time: 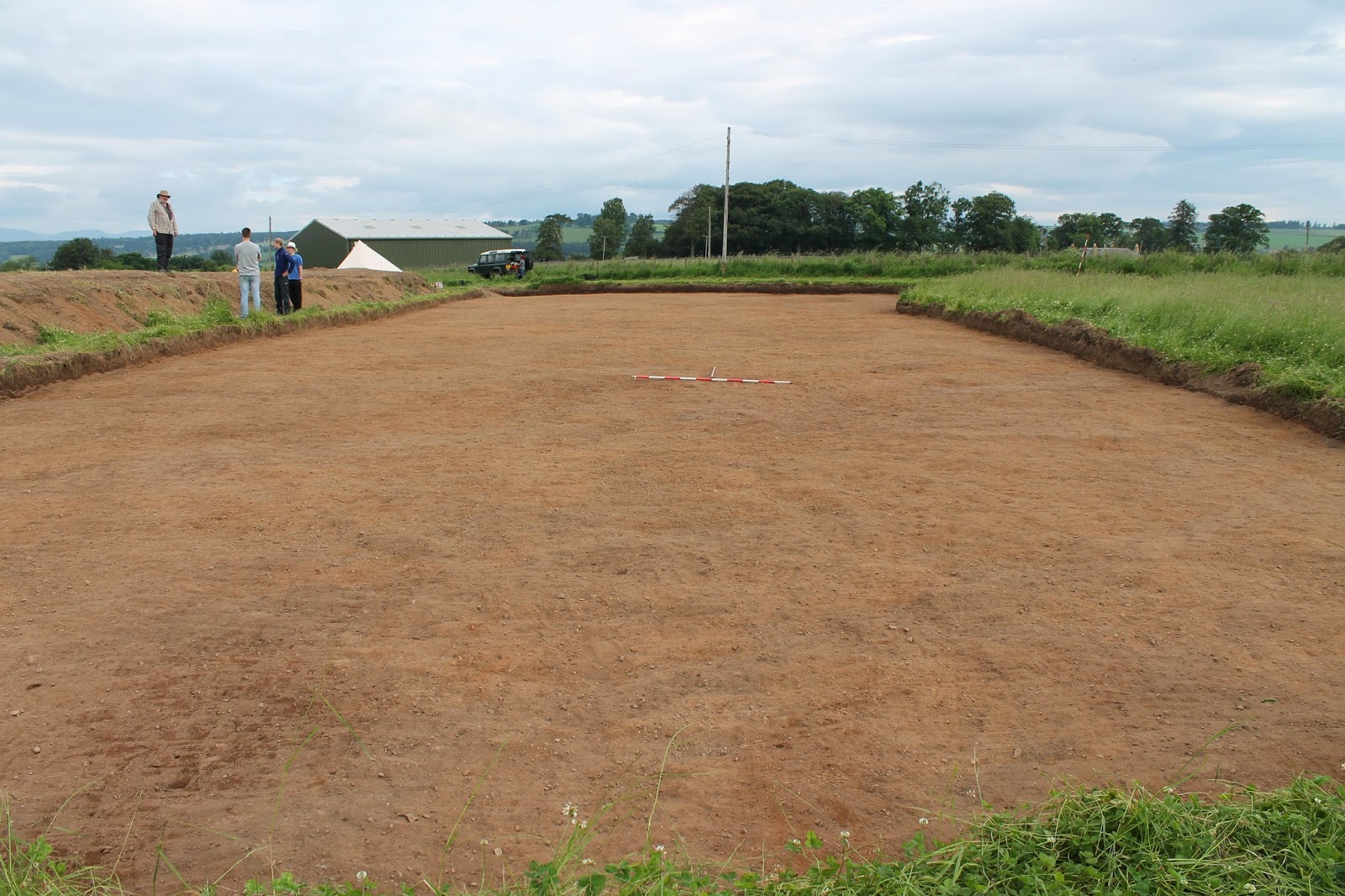 We then clean the trench and start to draw the edges of the features: 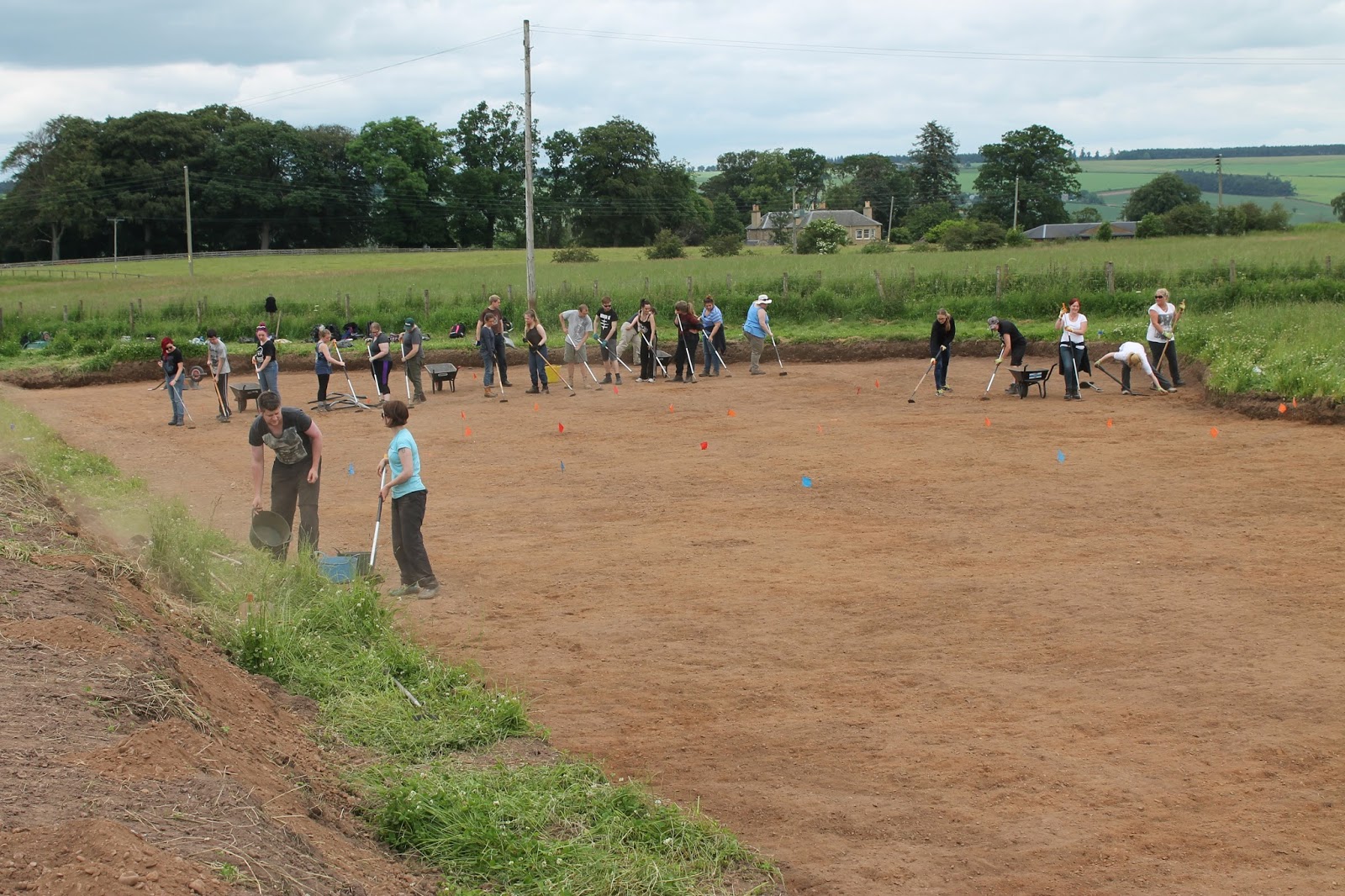 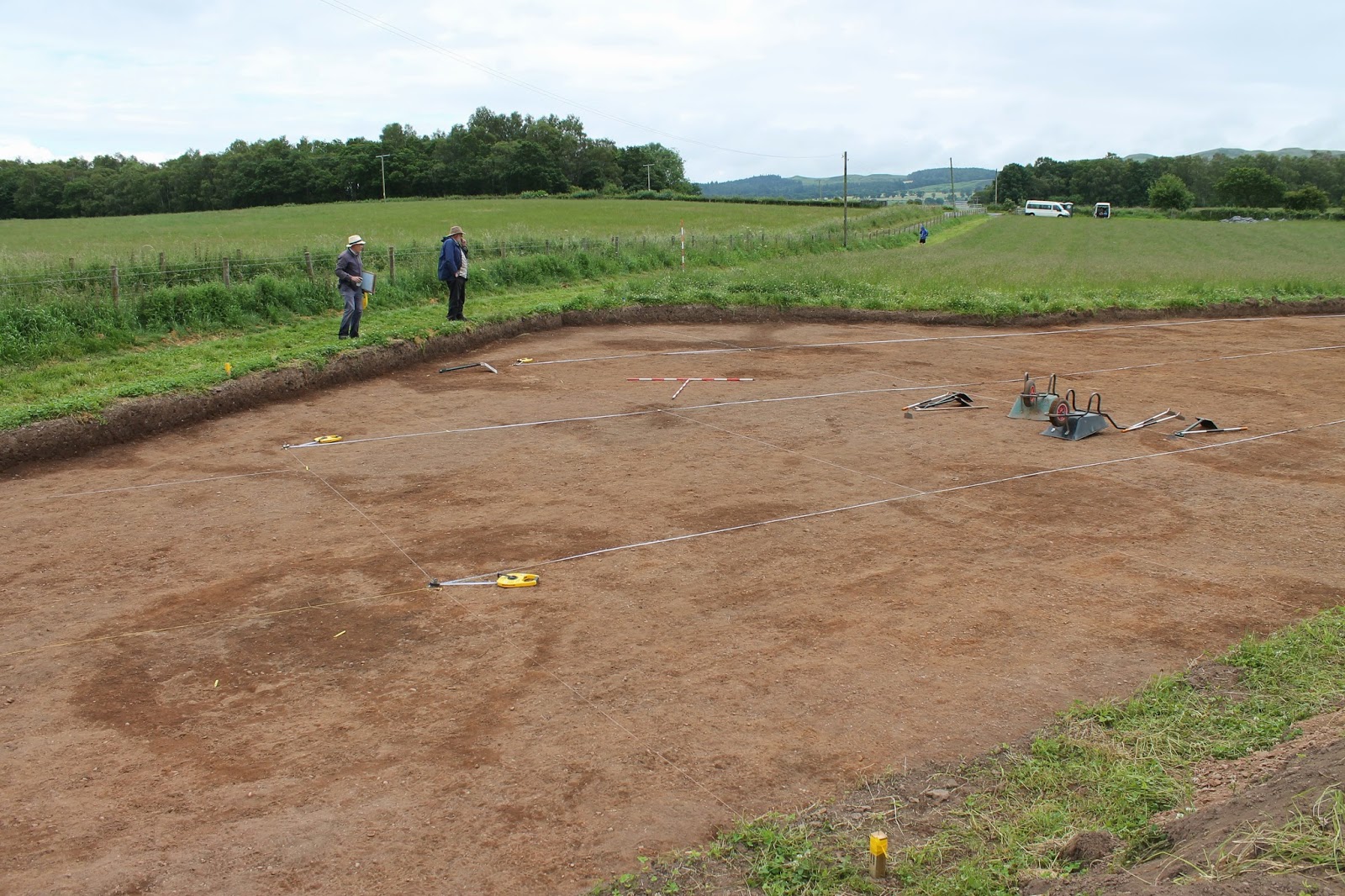 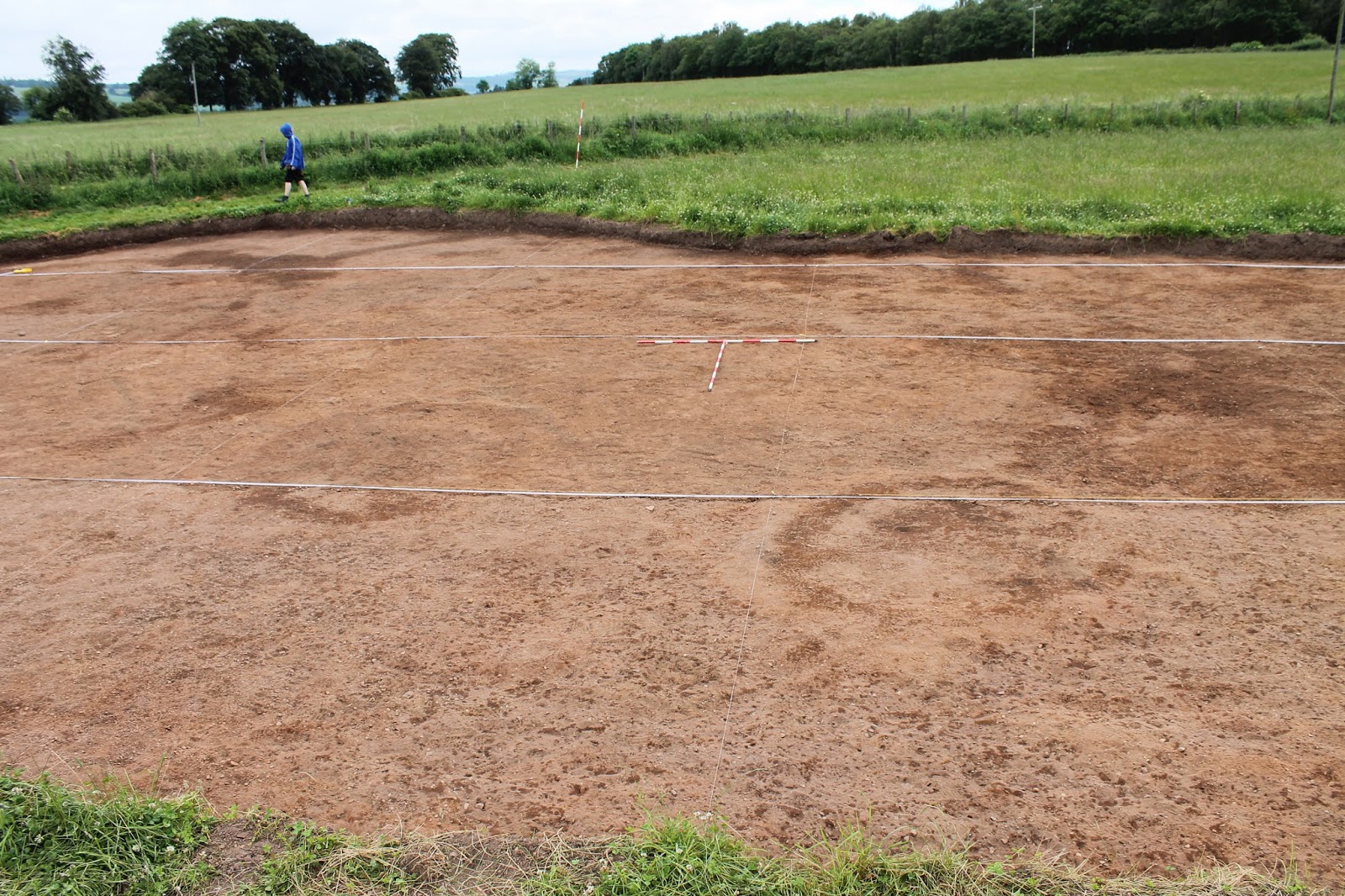 The circular features you can see in these photos are some of the nine massive pits we have in the trench. The larger ones are up to 5-6m in diameter and they seem to be drying out with a band or ring surrounding a smaller darker blob in the middle. The planning is finishing up now so we will be getting into feature digging tomorrow. Stay posted! 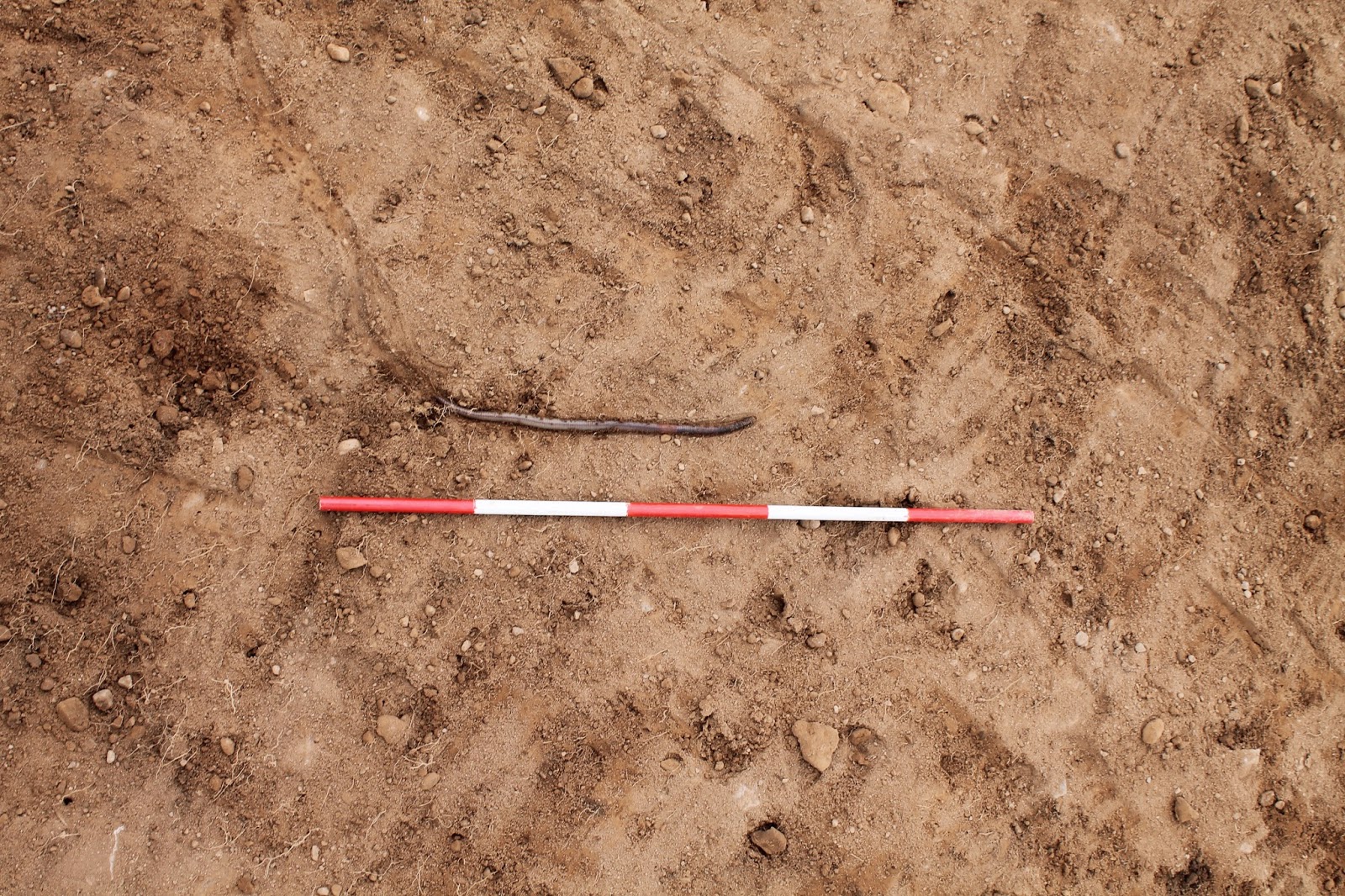 We found a really big worm today! In other news the students at Wellhill learned how to set out the site grid in Trench 1 and 2 and we planned the features in Trench 2. Planning in Trench 1 will start tomorrow.

Hello from the SERF Fieldschool 2014. Staff and students from Glasgow University, Phil from Liverpool Uni and some overseas visitors arrived on site on Saturday to begin another season of work. The sites being dug this year include a prehistoric cropmark complex at Wellhill, a Roman temporary camp in Kincladdie Wood and near Pitcairns House and a prehistoric barrow at Millhaugh. This year we also have Katy Firth from Northlight Heritage running some community excavations in the village of Dunning, walkover survey near Coul and topographic and geophysical at several sites.

Over the last few days we have all been at Wellhill cleaning three large trenches to show up the features. So far we have lots of pits, postholes, and a probable Bronze Age field system with the remains of ardmarks visible. In a completely unprecedented move we found some prehistoric and probably Bronze Age pottery on the first day. Much excitement!

Joss, Phil and Steve have been opening up the Roman temporary camp at Kincladdie and the barrow will be started on Monday.

Keep posted over the next three weeks for more updates. 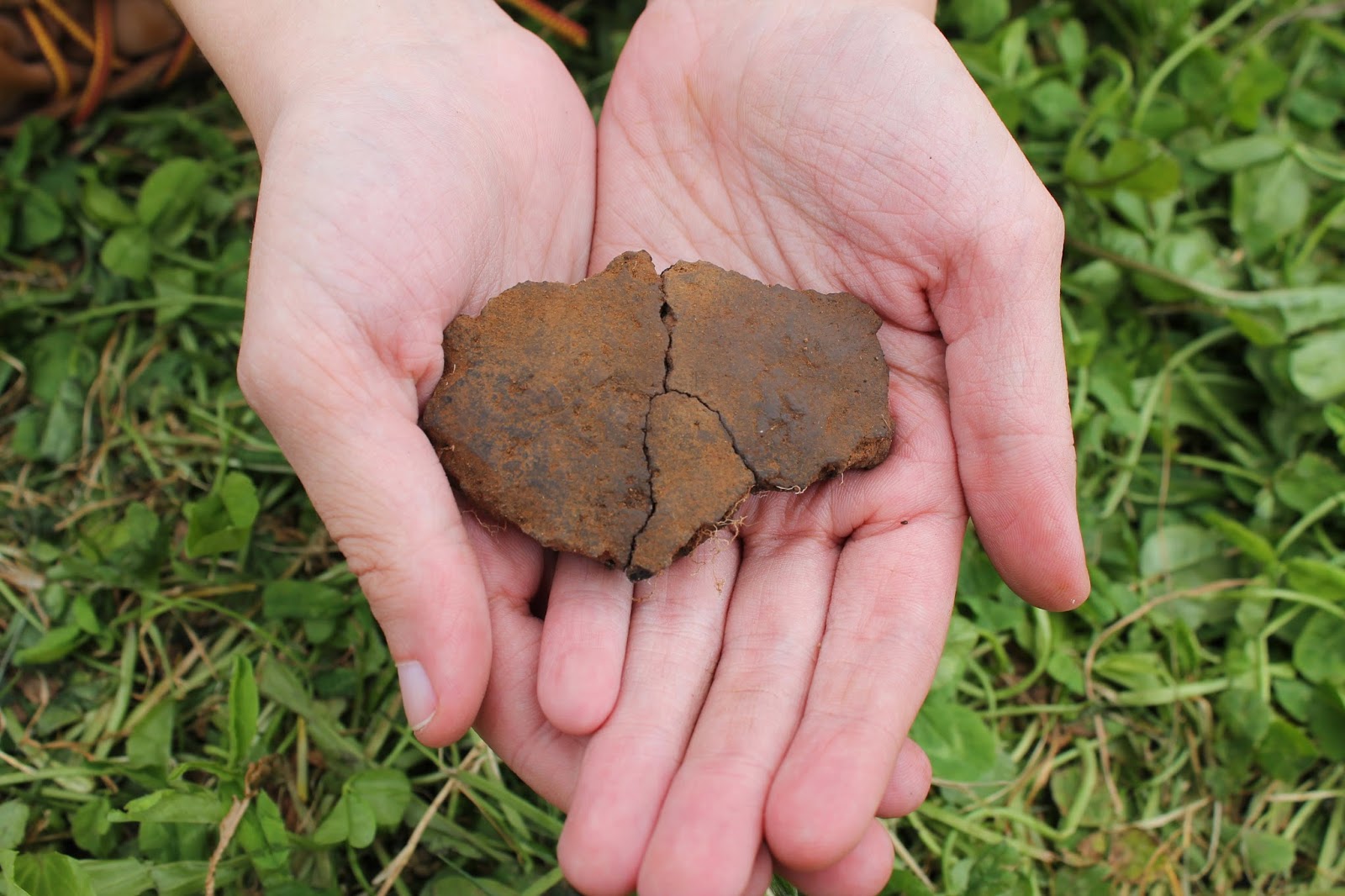 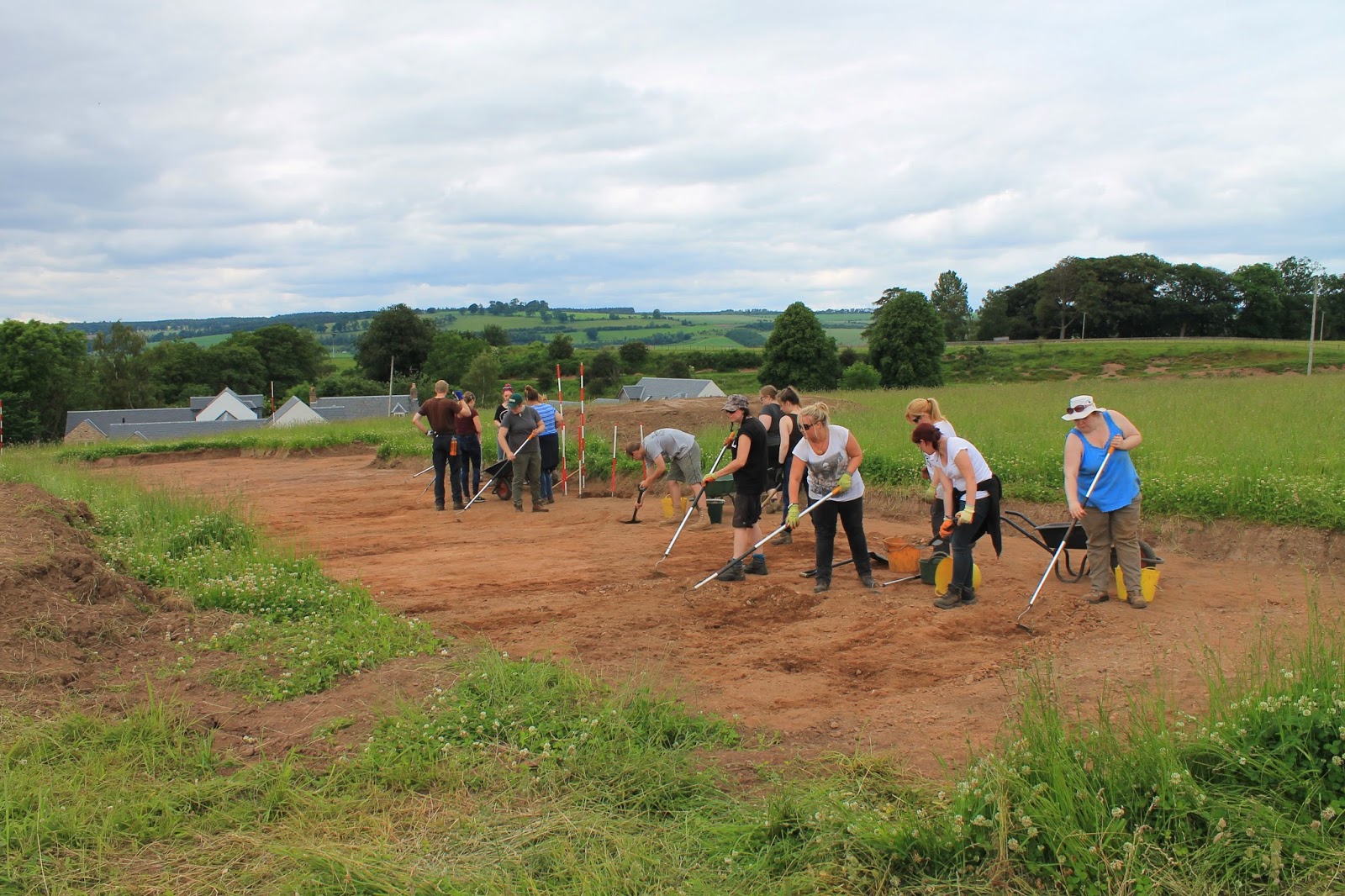