Final update from the prehistoric site at Wellhill

Well that's SERF over for another year and what a year it was. Wellhill turned out to be an incredibly pottery rich site along with prehistoric field systems and many large pits being discovered. Other treats included some charred hazelnut shells, lithics and even some Arran pitchstone. Big thanks to everyone who was involved with Wellhill this summer, you were all amazing. Here are some fun photos for now :-) 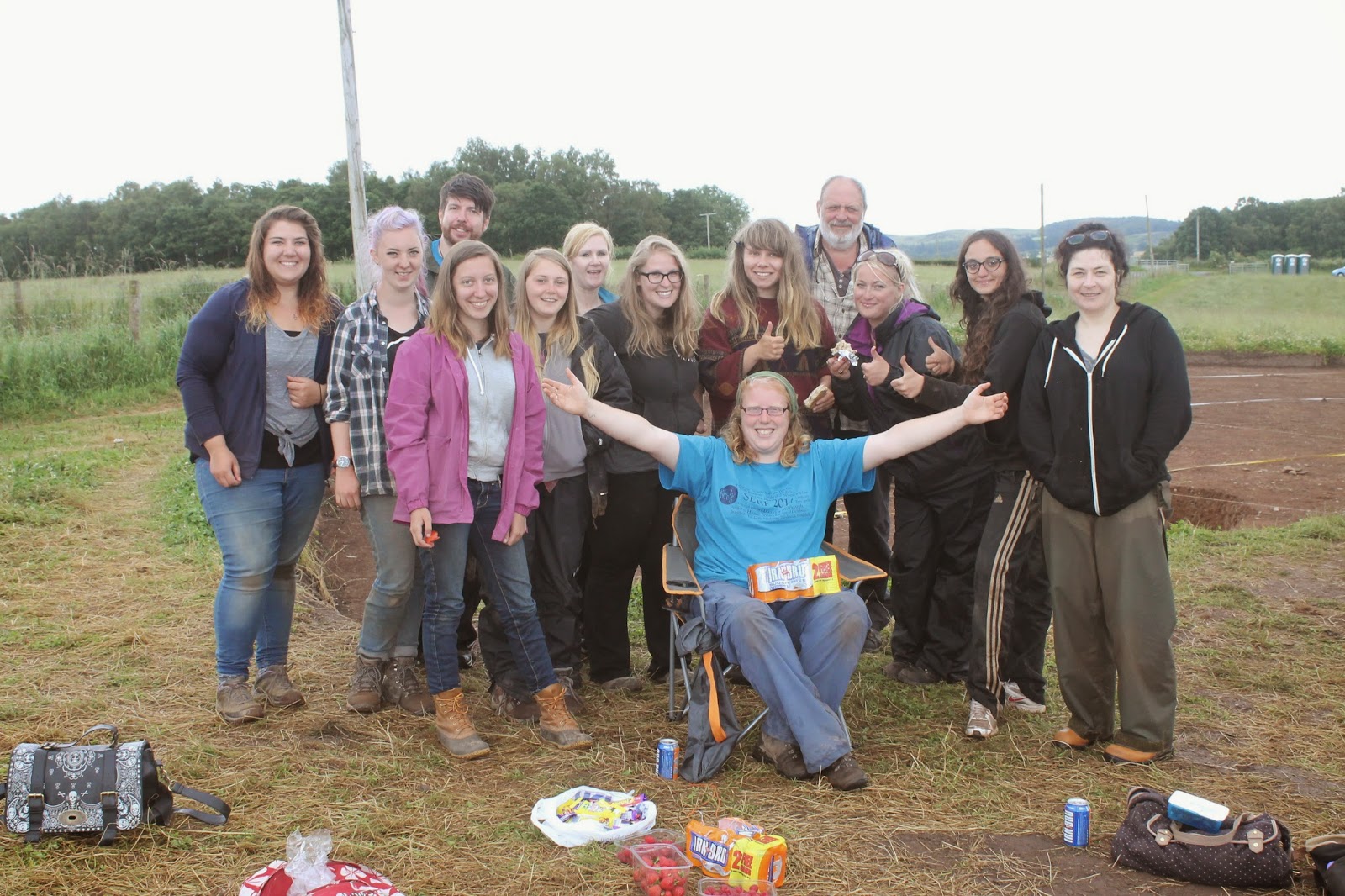 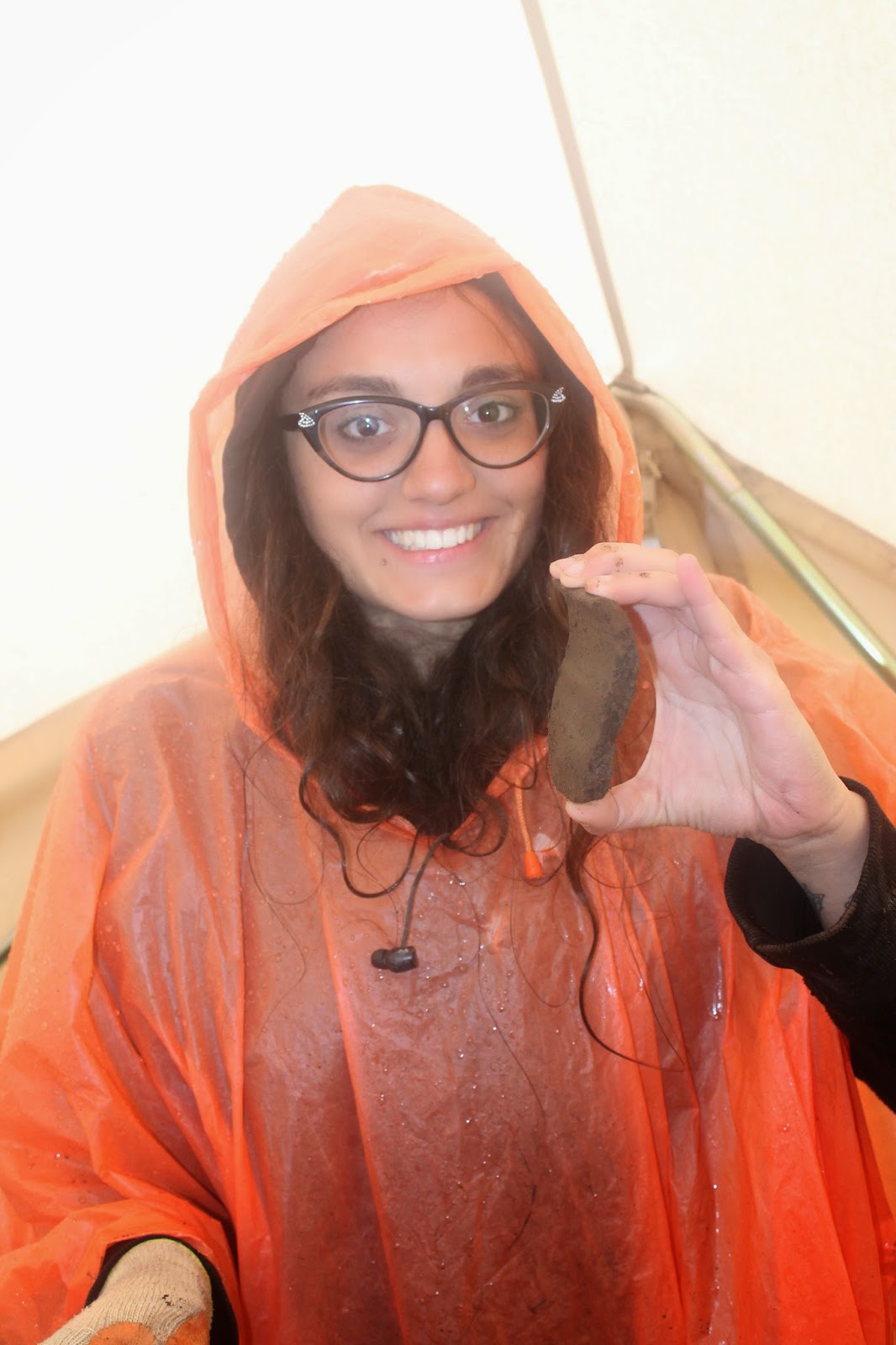 Maria with one of her many fantastic prehistoric pottery finds (the one day it rained in 3 weeks). 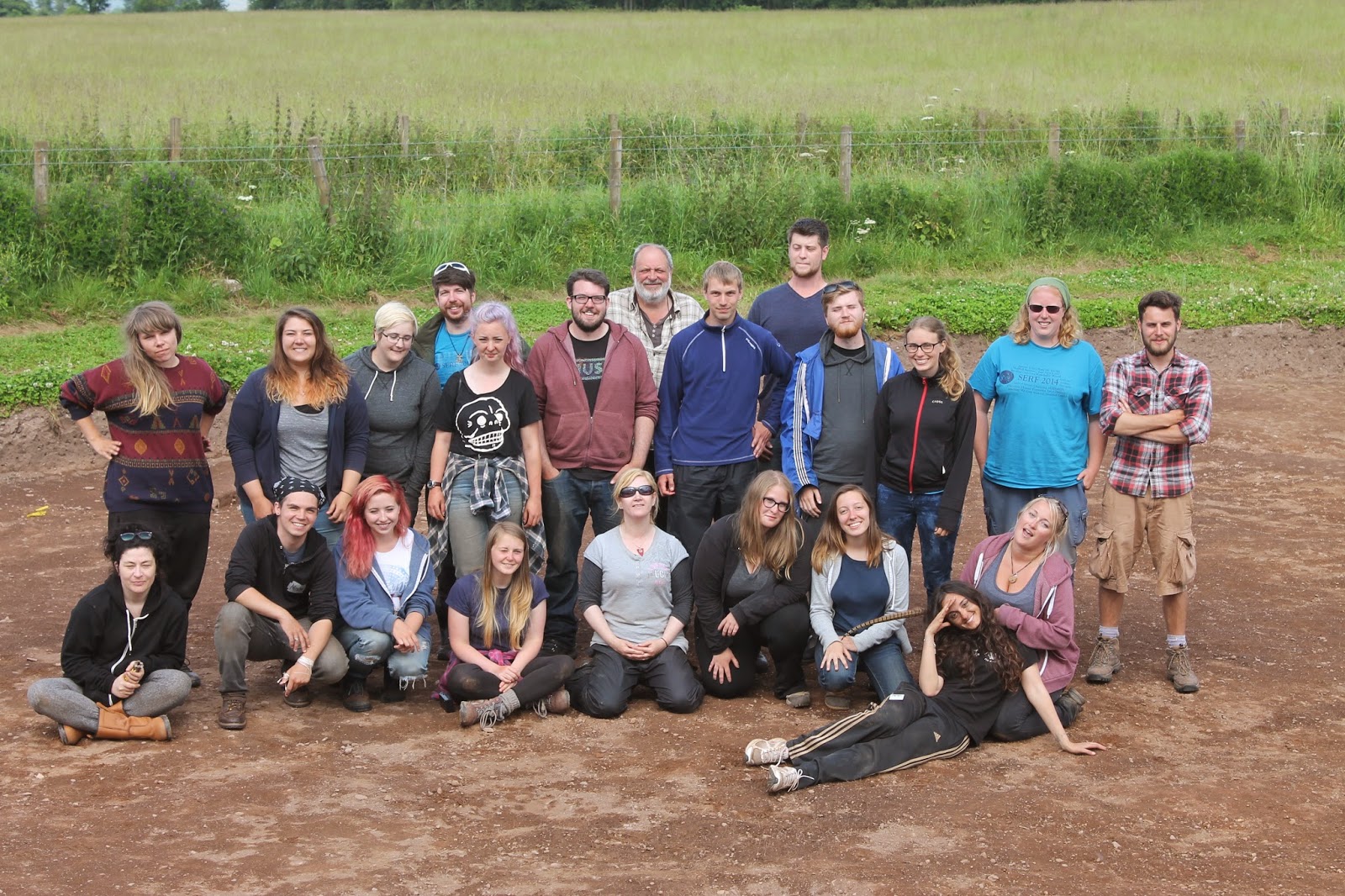 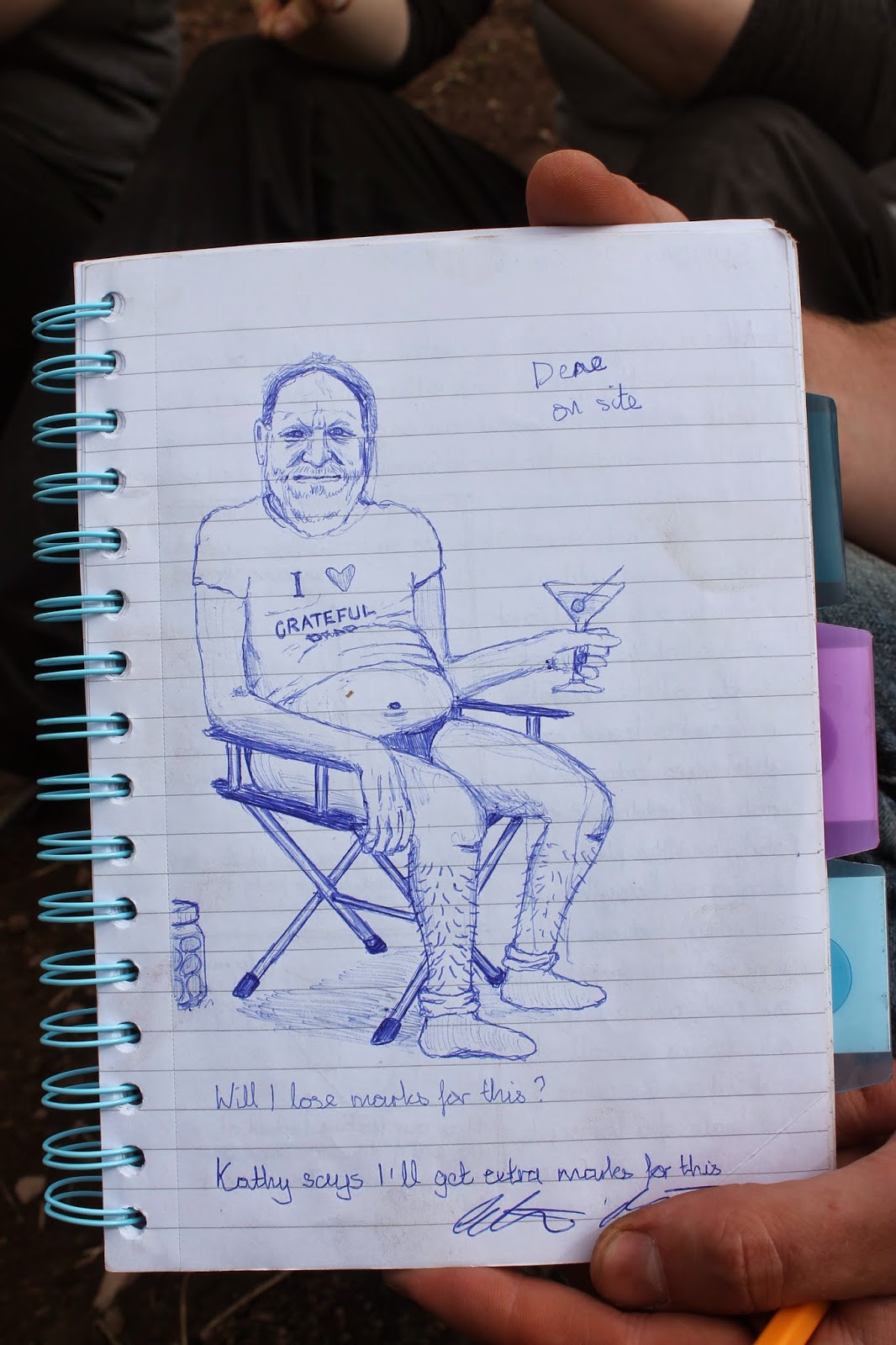 See you next time!
Jamie

We’ve continued to reveal the structure of the prehistoric burial monument, and the team have worked really hard and made impressive progress removing and revealing the cairn material and its turf covering. In order to get deeper down into the barrow and discover what lies beneath it, we’ve now begun to target particular parts of it: specifically, the centre and the edge of the barrow. This should give us a greater understanding of the monument’s construction.
Already in the lower area of the trench we encountered a surprise, in the form of another very large stone, similar to the kerbstones. We need to remove more of the cairn material to establish whether this is part of a wider pattern within the cairn, or an isolated outlier lying within. In the middle of the cairn, we have now excavated to 80cm below the surface – where the cairn material continues to be found, with the stones becoming even larger.
There was real excitement on site towards the end of Thursday, when Brenda discovered a beautiful deep blue flint scraper near the base of the kerbstones. We are now into double figures of small finds! 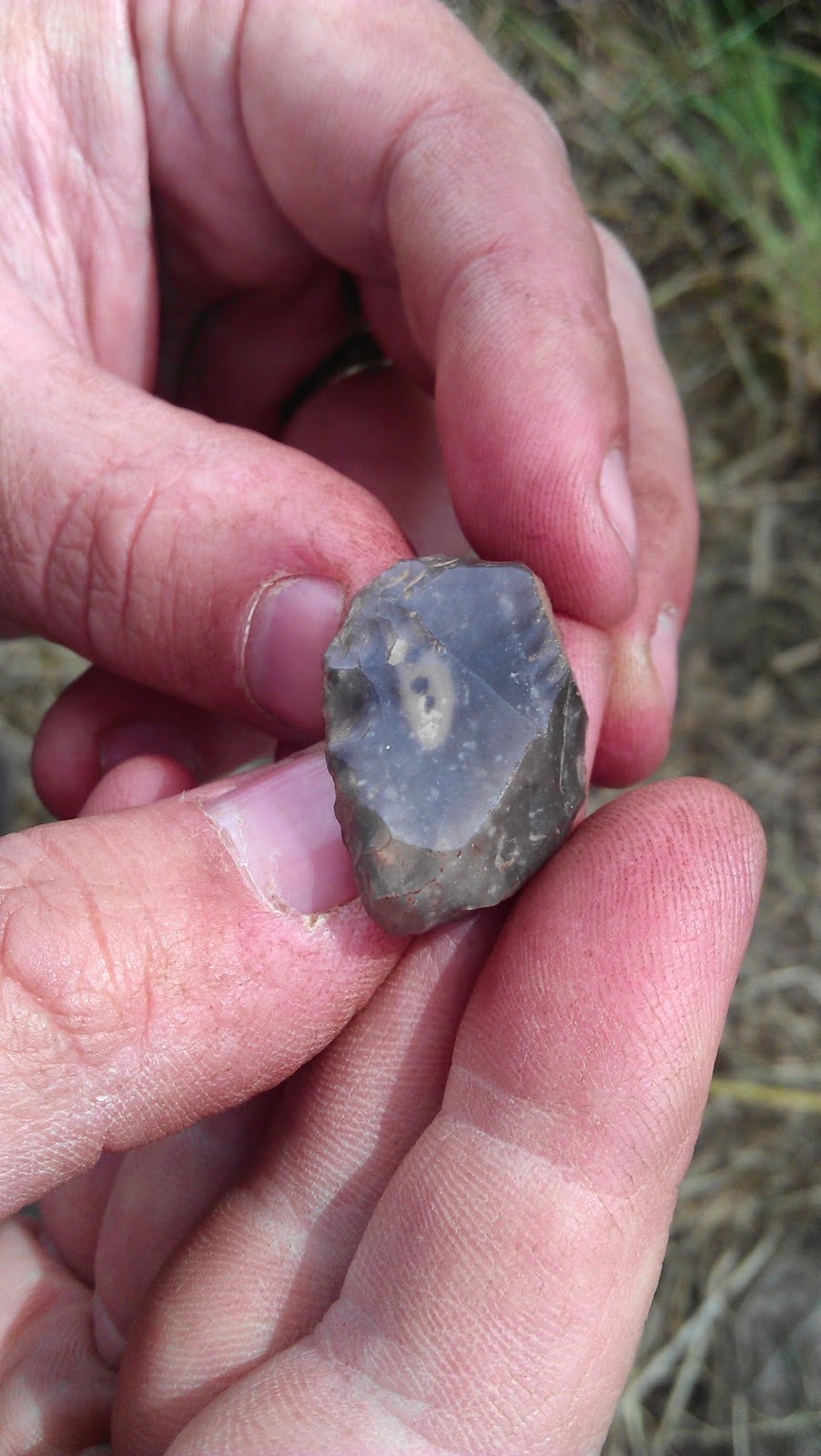 Figure 1: The mysterious inlier beside the kerbstones 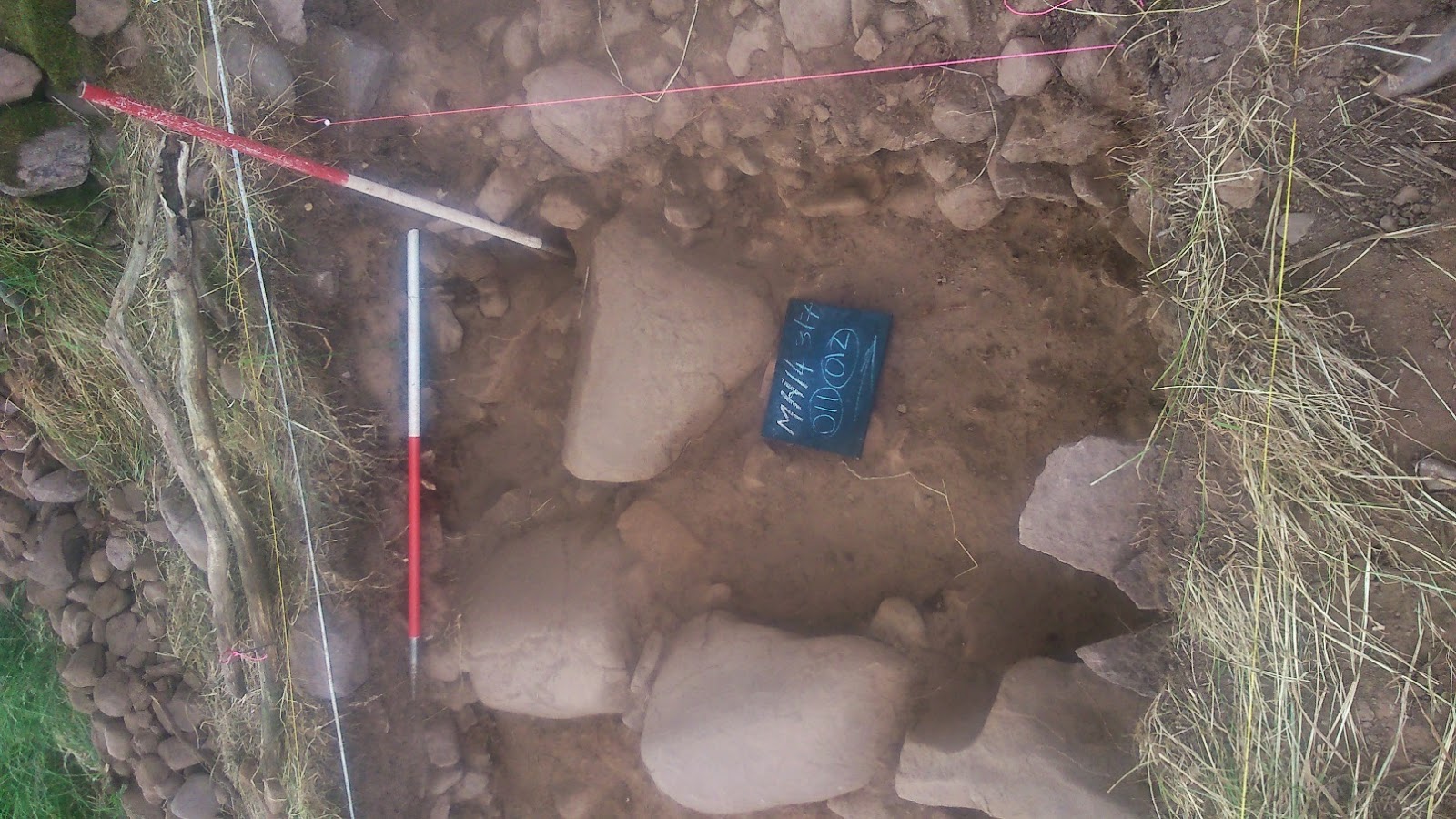 Time for a quick update on what's been happening at the Roman temporary camp at Dunning. 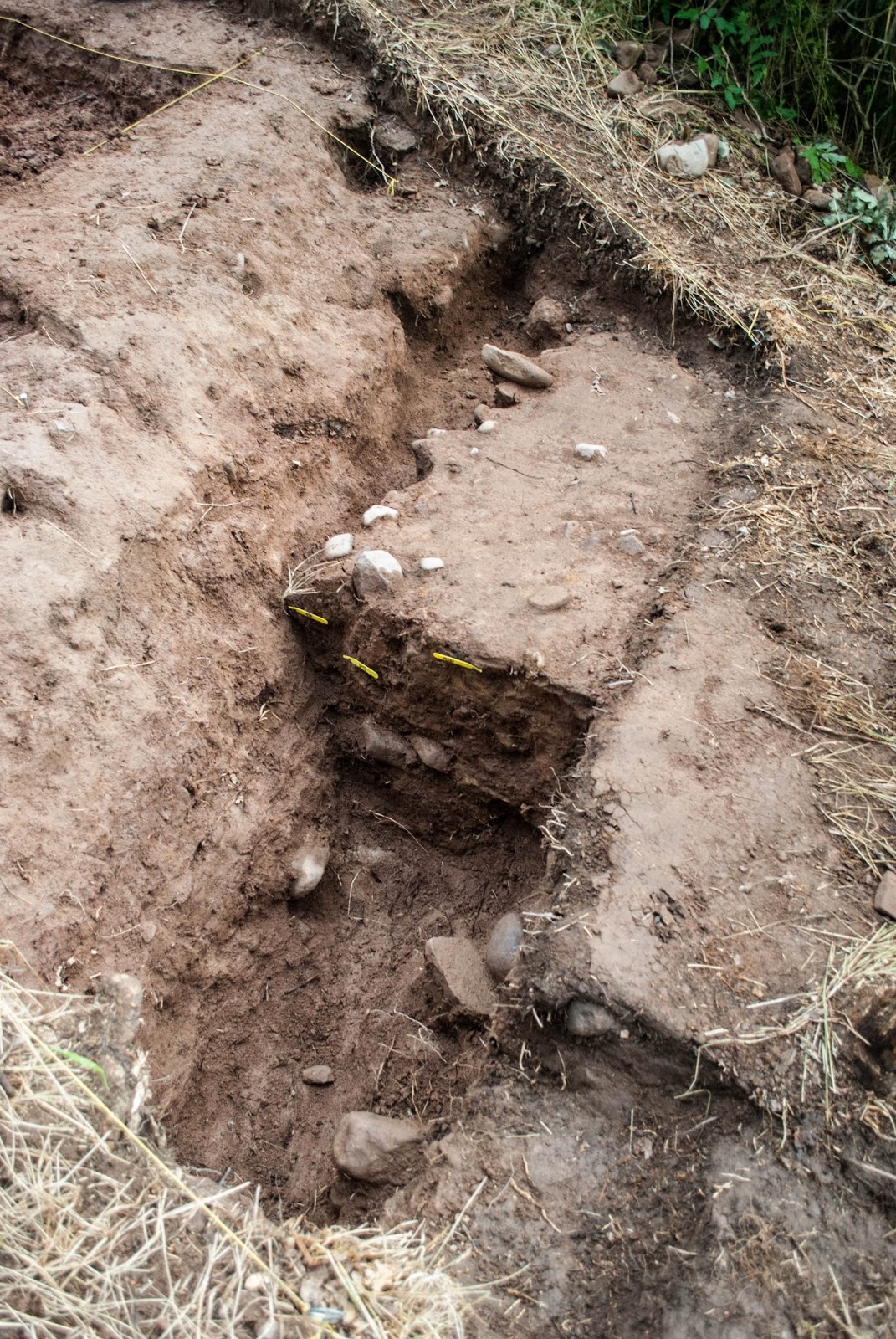 Once the heavily disturbed clay layer was removed from the south-facing side of the bank, a much firmer layer of pinkish clay was discovered. At the bottom of the bank, this layer dropped away sharply, revealing a much softer brown soil sandwiched between the pink clay and some silty rubble. This was interpreted as the potential remains of a slot for a timber revetment, being held in place by the rubble, designed to contain the rampart material (pink clay) and prevent it from slumping back into the camp. 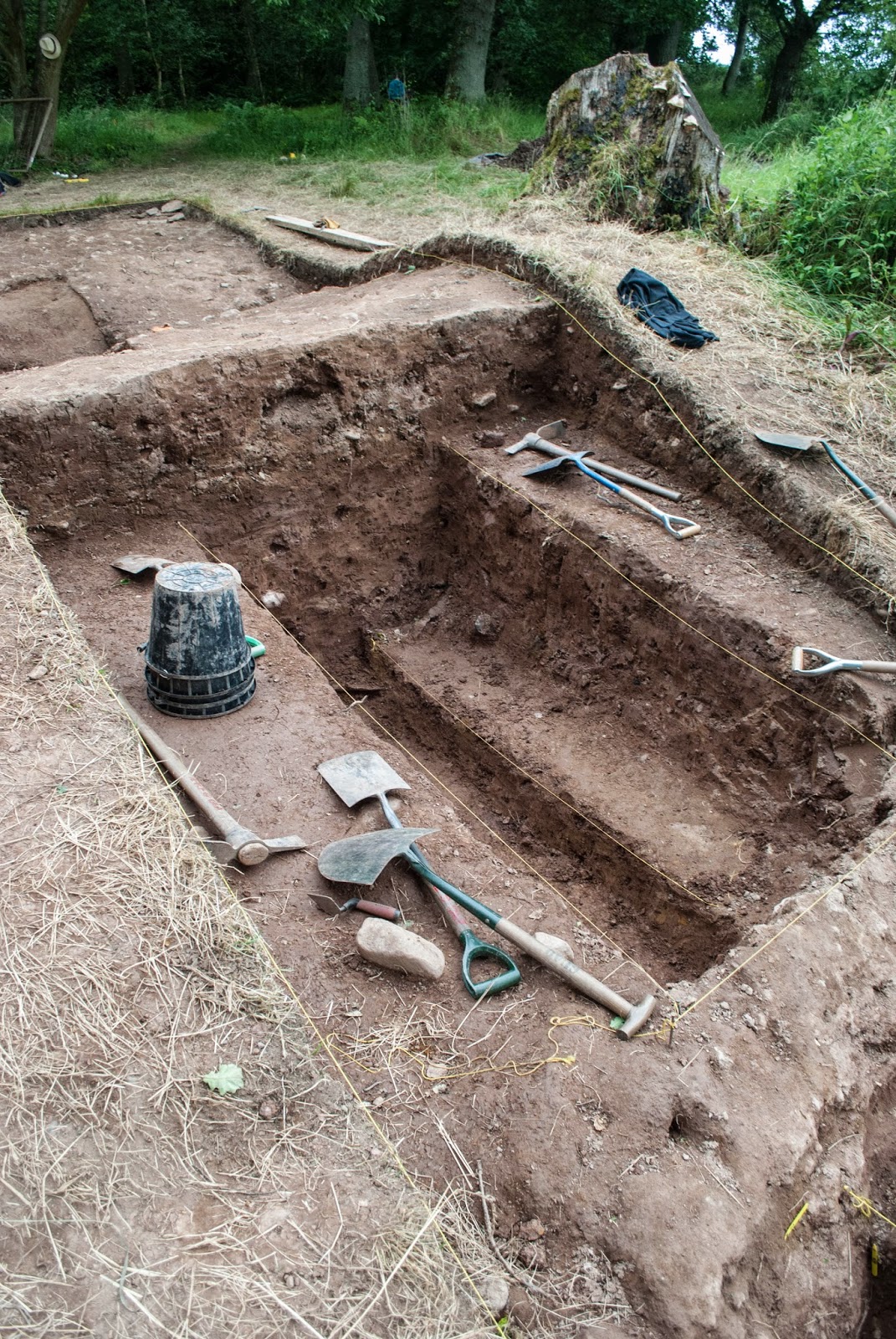 The pink clay was believed to be redeposited natural subsoil used by the Roman military to construct the bank. A large sondage (slot) was therefore dug into this layer to establish its full extent. 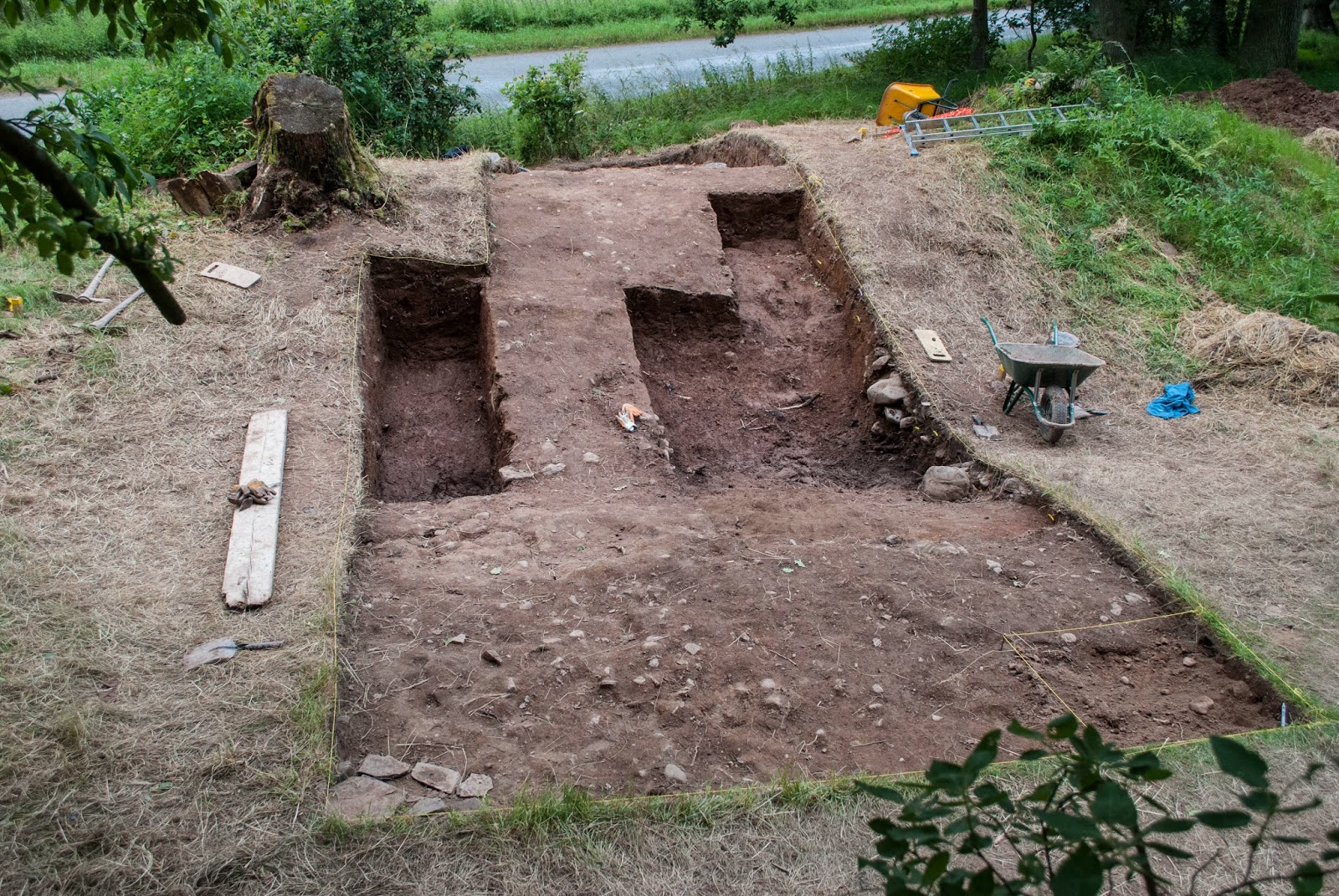 In the northern half of the trench, the team removed the bulk of the rubble deposits which included a number of modern or nineteenth century glass fragments and ceramic sherds. Beneath the the lowest layer of rubble was a smashed nineteenth century field drain segment, therefore these deposits do not relate directly to the Roman structure. It may be that the ditch of the camp was incorporated into a simple rubble drainage system relating to the modern road.

With these contexts removed, the next task was to investigate the lower soils filling the ditch to better understand the Roman structural features of the ditch, how it had been cut, and how it relates to rampart.