Katherine Price writes:
Day Four
Another sunny, successful day at Millhaugh. The fieldwalkers finished walking the field, with a final large flake of flint found in the unpromising last corner just before packing up. Those who were test-pitting worked away in good spirits, despite the archaeology remaining elusive. Mystery object of the day was a slate pencil – this resulted in some reminiscing by Dene and Gert who seemed to have personal recollections of schools before pencil and paper became the standard for writing practice. Kenny Brophy made a guest appearance, the large selection of selection of cakes and pastries were much appreciated by all! 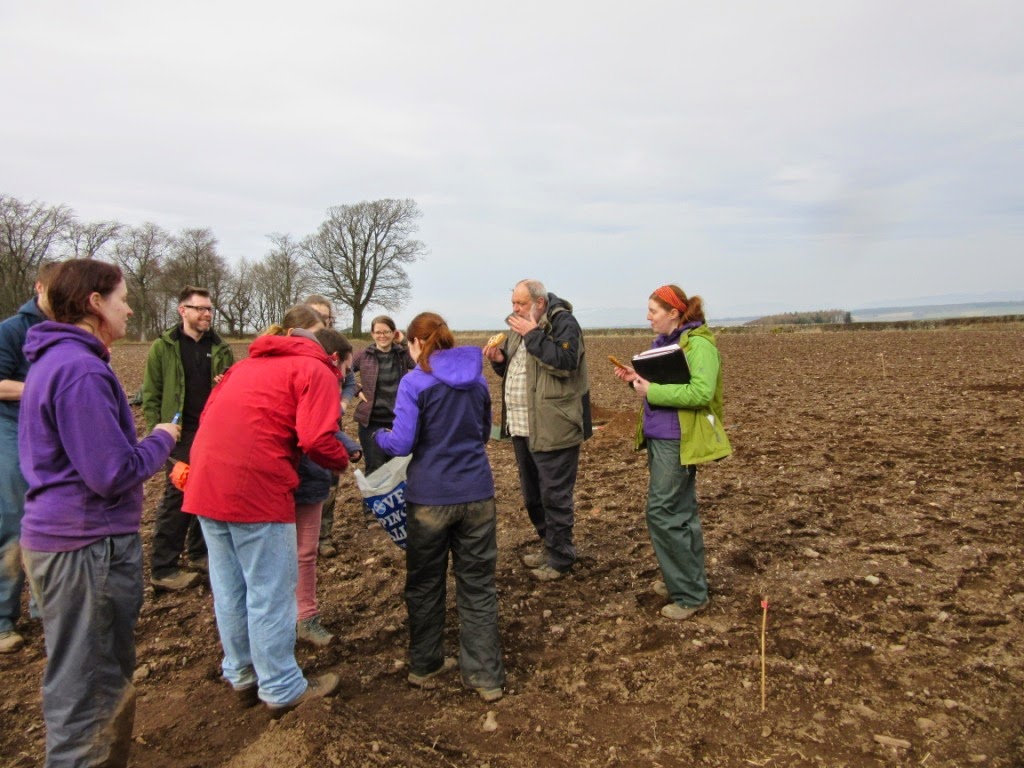 
Day 3 saw a dramatic increase in the number of finds from fieldwalking. The majority of the finds are lithics, including two ‘true’ flint blades. One of the blades is shown in a photograph below. Gert and his geophysics team continued to tick off at the grids and may end up finishing the survey by the end of Day 4. The test pitting continues apace. Very few finds so far 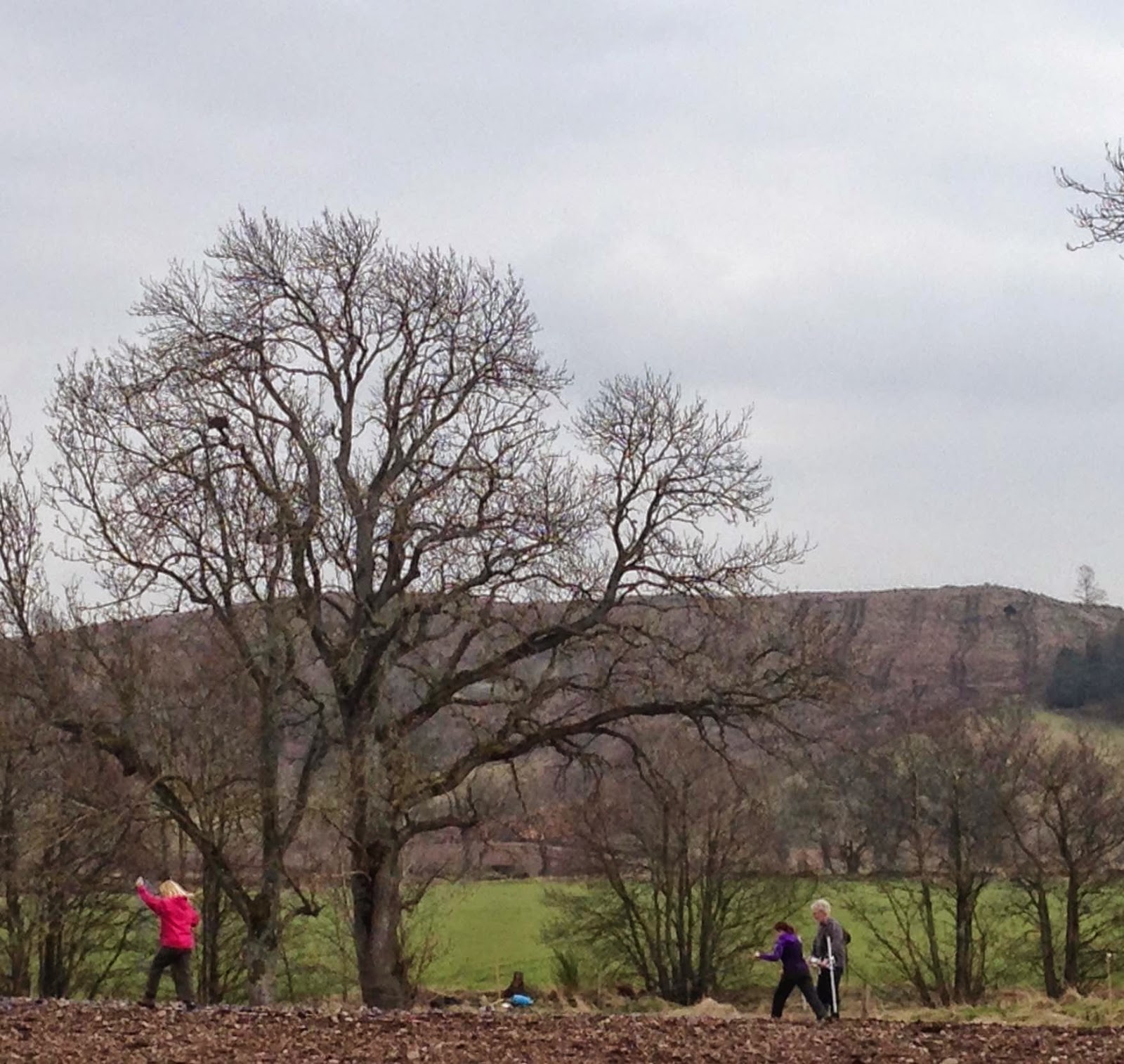 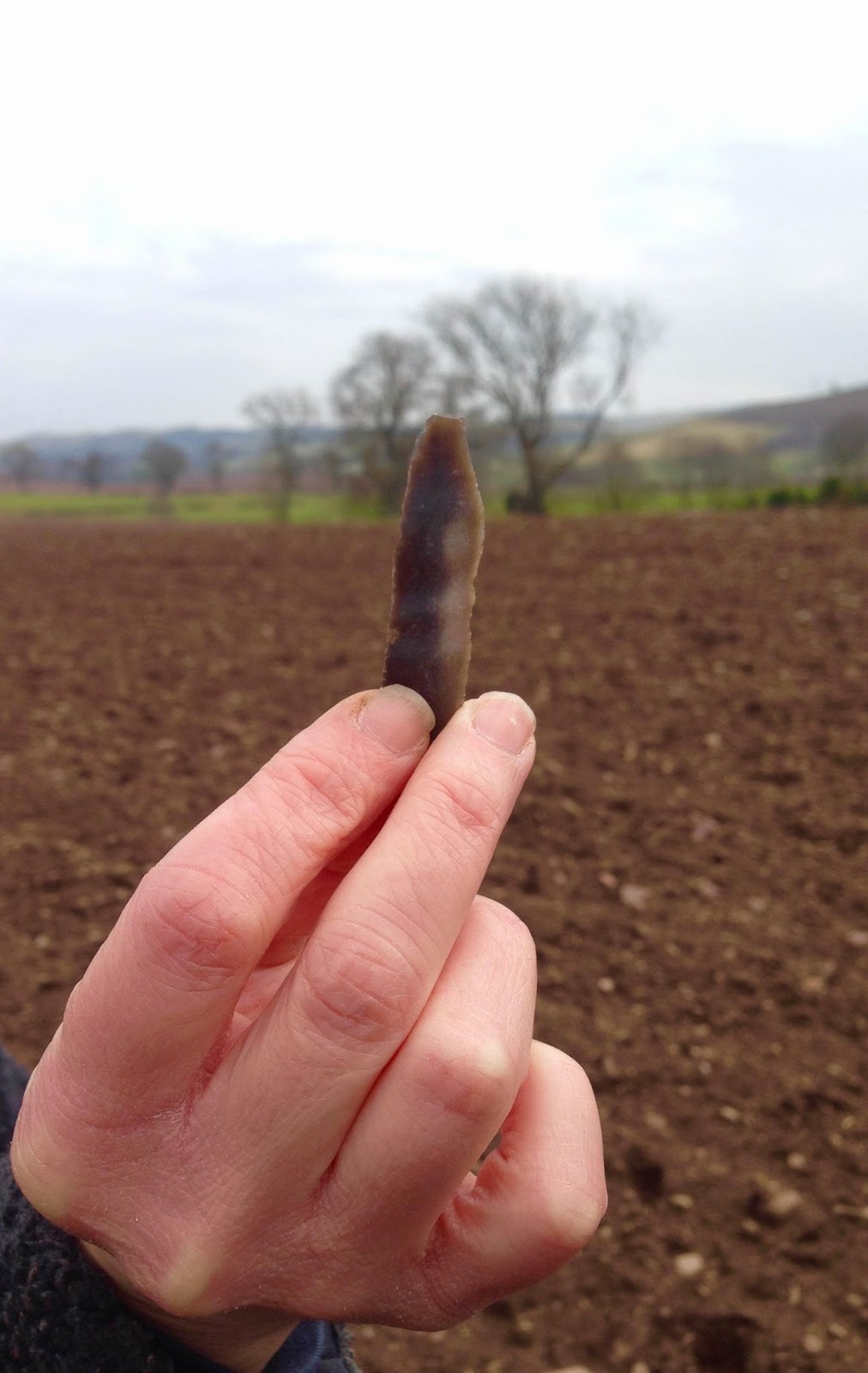 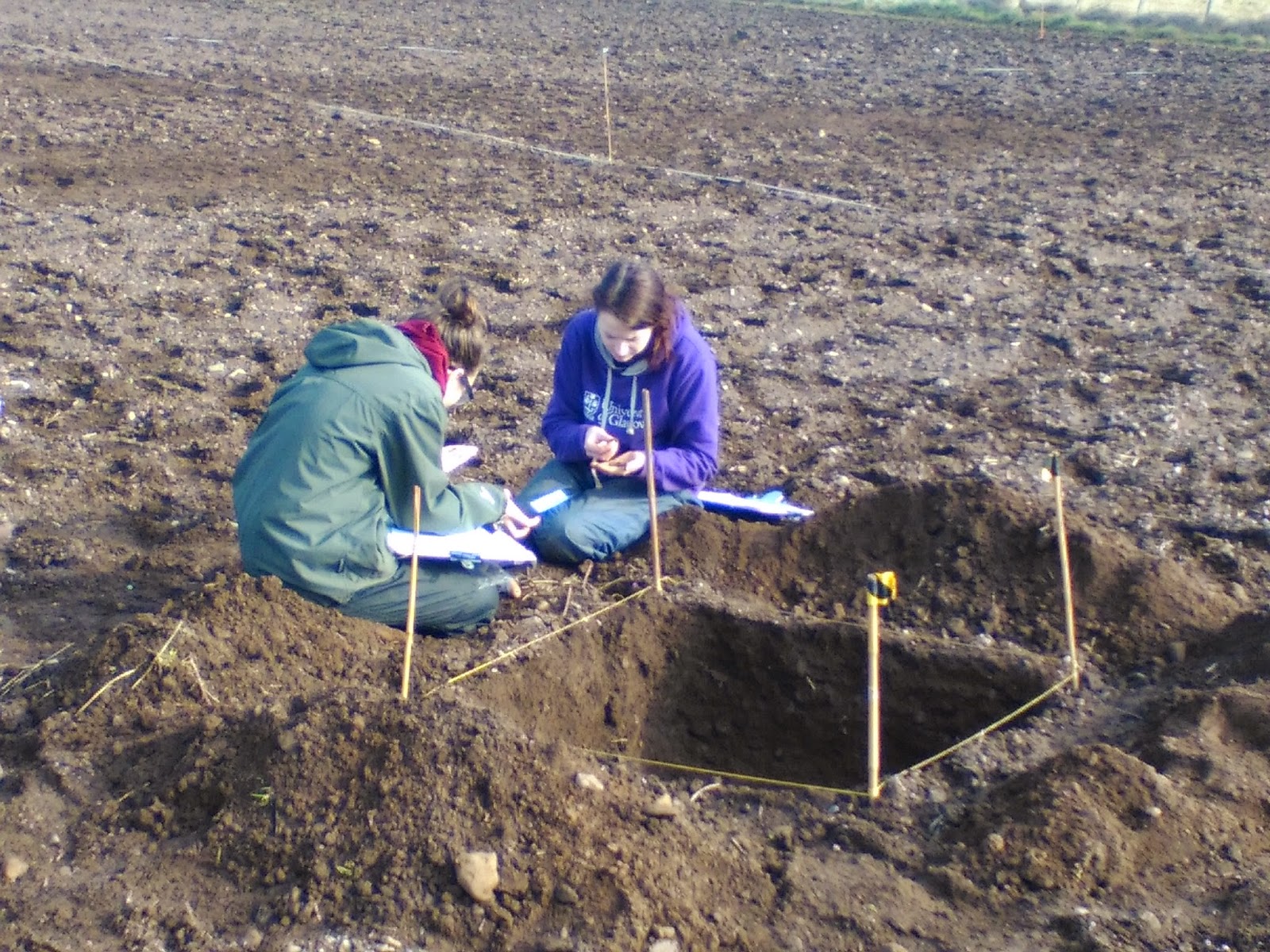 
Excellent progress on Day 2 of Millhaugh across all three tasks, i.e. fieldwalking, geophysics and test pitting. First photograph is Gert and the geophysics team and below the test-pitters with Becca. Calum Rollo (landowner) visited. 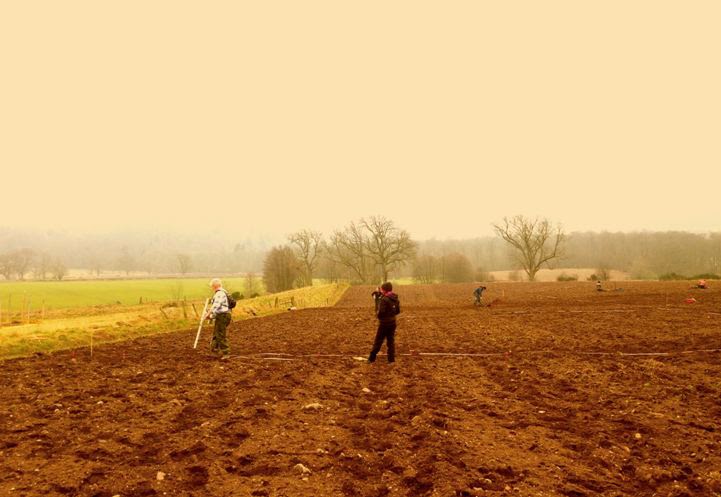 
We’re back at Millhaugh, Dunning in rural Perthshire this week for fieldwalking, geophysical survey and a test pitting programme. The weather on Monday was decidedly mixed. Despite the conditions the students set about their tasks with great enthusiasm and humour and we made an excellent start to our programme of work. According to the forecast it should cloudy and dry for the rest of the week. 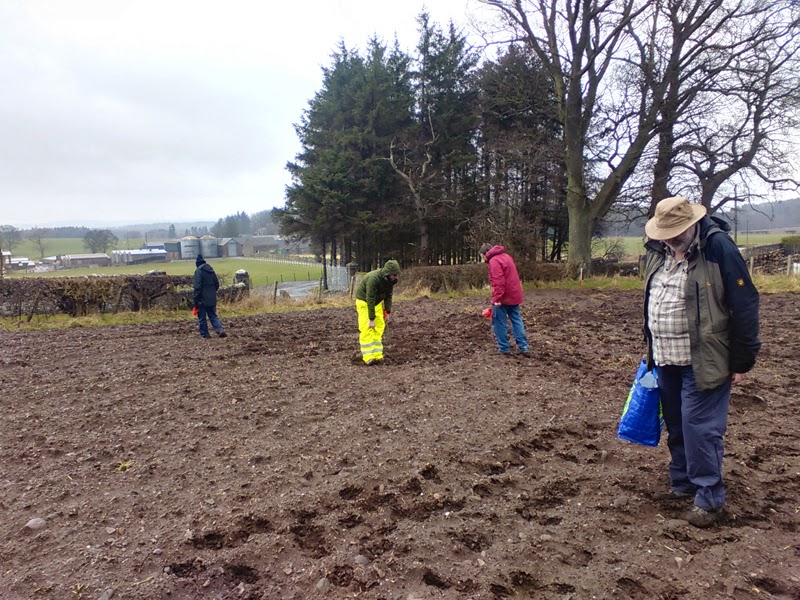 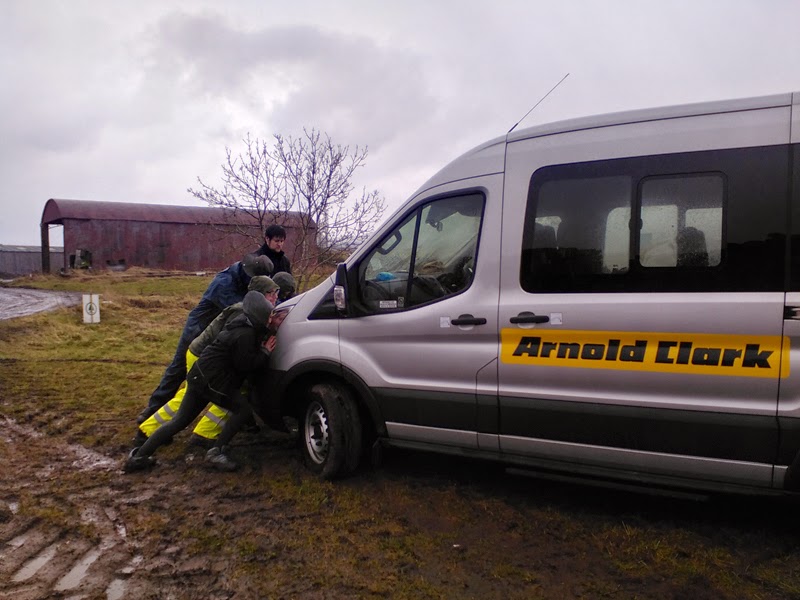