Though misty to start, by the afternoon the clouds had lifted and we finally got our first views across the Earn valley from the site.

Today was a day of 'cleaning' trenches.  A lot of work went into cleaning back Trench E.  This trench will explore the rampart that surrounds the hill at the break of slope on the west and north sides.  It is a continuation from a trench excavated in 2013 and that is why Kenny's task today was to start re-excavating the old trench he dug last year (happy memories...)

Another very misty day at Castle Law...the view would only distract from digging anyway.   Today the grid was site grid was set out and we began to 'clean' Trenches F & E.  Trench F is positioned to explore a putative hut platform and the rampart at the western entrance.


The survey is now finished at Jackschairs and has started at Law of Dumbuils which was excavated in 2010 as part of the SERF hillfort project. It's a huge site with three ramparts and a series of possible hut platforms. To be continued in a weeks time! -Yvonne


As well as the work at Castle Law, another SERF team has been exploring a busy 18th century landscape in the Ochils south of Auchterarder. Cathy had traced the remains of dykes, enclosures and structures from a series of aerial photos, and it was our job to see how they related to what was actually on the ground. Thanks to Francesca, Hollie, Jo, Joss, Maria, Martina, Rei and Vlad for all their hard work and enthusiasm! 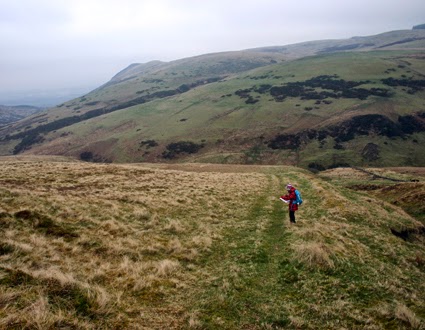 A busy landscape, even if there’s not much to see! One dyke runs downhill past Jo, who’s busy recording it, and another off to the left. Between them there are traces of rig and furrow cultivation. On the green slopes opposite there’s more 18th century enclosures, cultivation and the farmstead of Upper Beldhill. 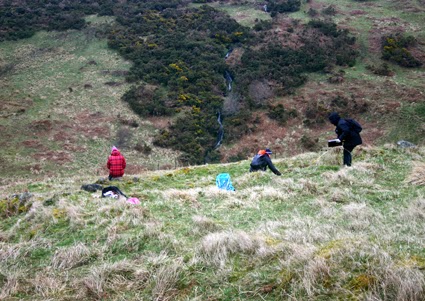 Hollie, Jo and Vlad recording the farm building of Hillend, which managed all the enclosures and cultivation that we’ve been investigating. Every spring and autumn droves of cattle came charging right past the walls of the house on their way to and from their summer pastures. The tracks they made are still visible – one of them is in the foreground – and there are dykes each side to stop them wandering onto the cultivated fields. 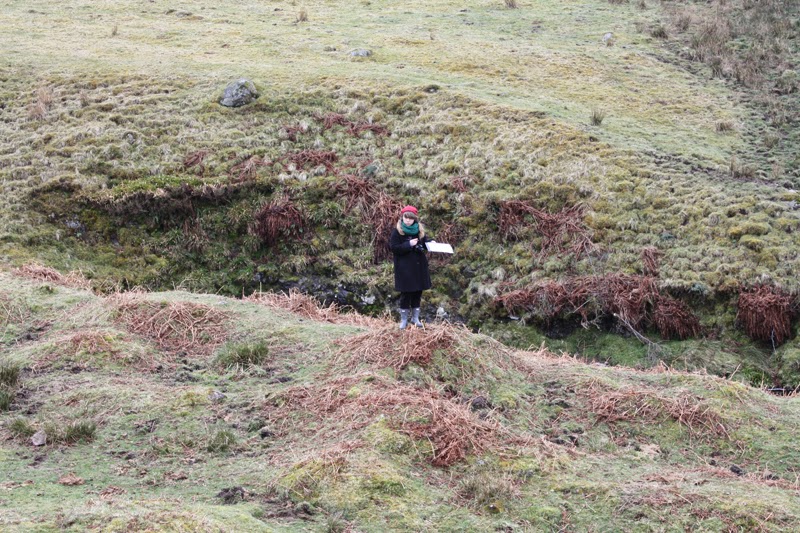 Martina drawing a sketch plan of a building and yard to the south of Coulshill.  This is probably a small 18th-century farmstead, and it’s linked with a complex of enclosures and turf boundaries which provide evidence of the history of this farming landscape.  Martina is standing on the corner of the building, which lies to the right as you look at the photograph.  The yard and a possible outbuilding lie to the left. 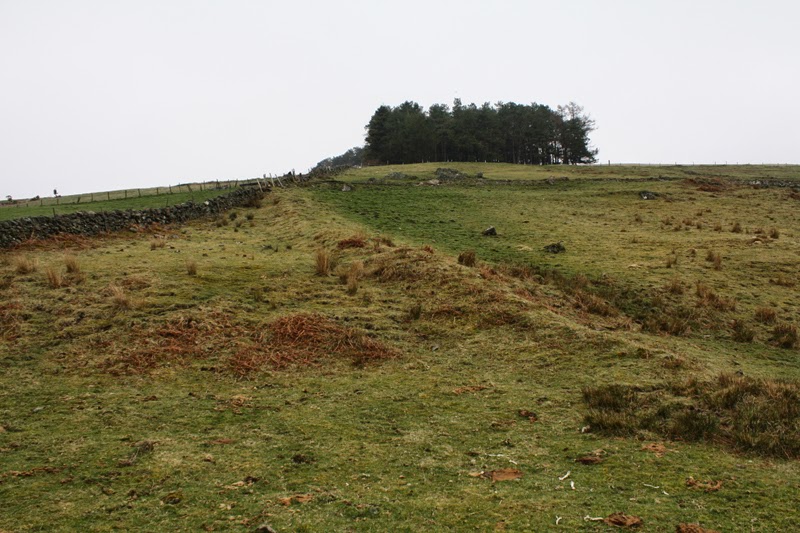 The archaeology in this part of the landscape is extensive and evidences a dynamic past.  In the area to the south of Coulshill Farm, we have found evidence of at least three different periods of historic land use.  In this picture there is a turf bank running diagonally up the hill from the bottom right – the remains of a stone-and-turf field boundary which forms part of the earliest field system we have identified here.  A drystone wall enters the photograph from the left and climbs towards the plantation of trees on the horizon, clearly crossing over the top of the turf bank on the way.  The wall dates to the 19th century and is still in use today; the earlier turf bank and the field system it is part of were probably in use in the 18th century and may have earlier origins.